Your specialist for agricultural investments in Paraguay | Agri Terra Group

About the Agri Terra Group

Under the umbrella of Agri Terra KG, based in the Bavarian town of Grasbrunn just outside Munich, a group of companies with more than 40 independent individual companies is organised, which is internationally active in nine different business areas. Investments in agricultural projects in South America represent the investment focus of the family-owned company under the leadership of Managing Director Carsten Pfau (CEO) and Chief Financial Officer Michael Pfau (CFO). Agri Terra advises private and institutional financial investors from more than 25 countries who act as co-investors together with the company.

In Paraguay, in the heart of South America, the Group is one of the largest employers in the agro-industrial and real estate sectors. Besides Grasbrunn, the Paraguayan capital Asunción is the second headquarters of the company. In seven countries (on three continents) Agri Terra maintains its own locations or exclusively linked representative partners. 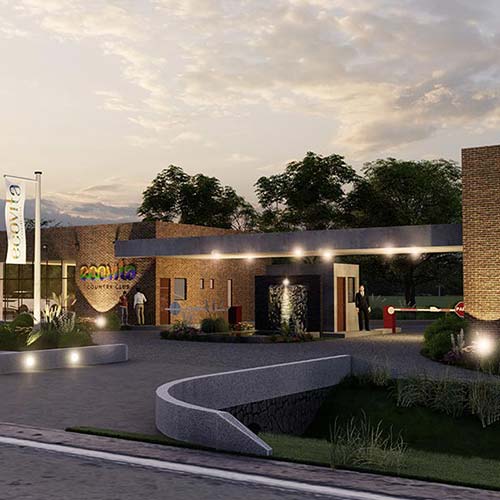 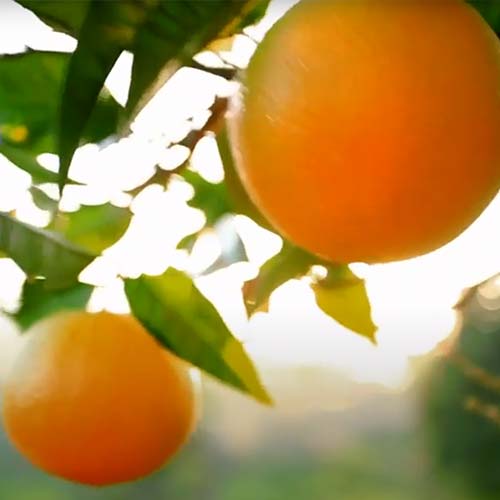 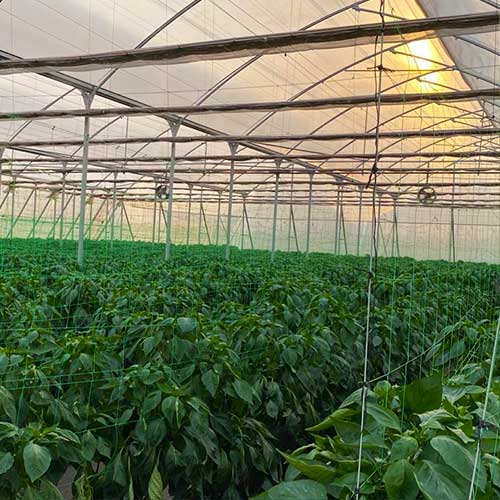 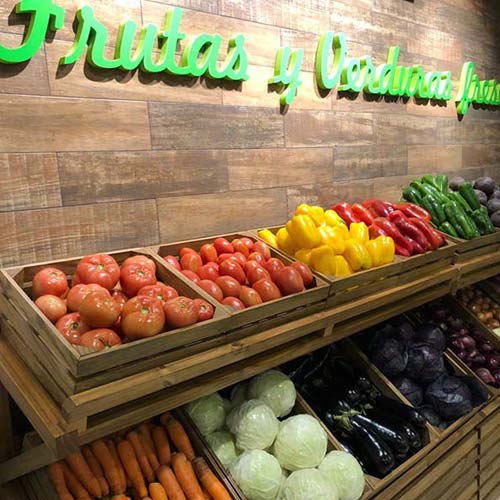 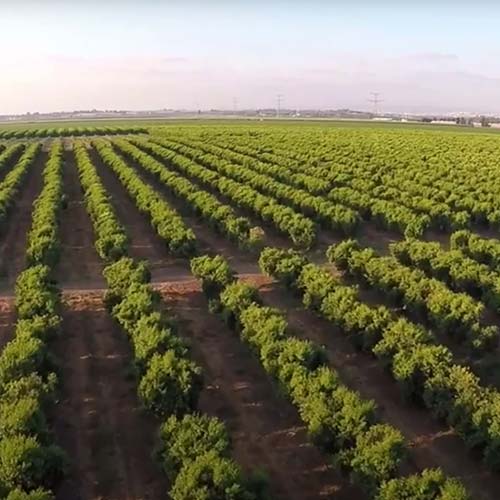 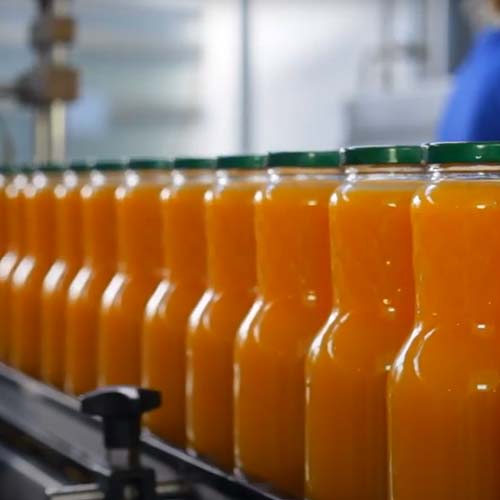 History of the Agri Terra Group 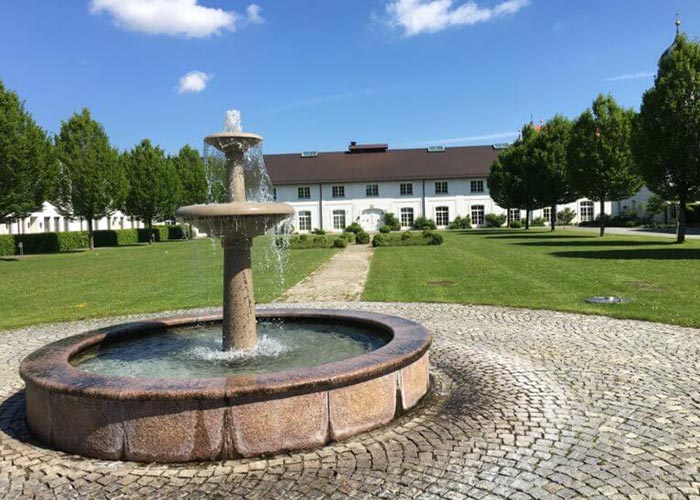 Central headquarters of the Agri Terra Group in Grasbrunn near Munich

2012 - Land trade and cattle breeding under one roof

The Agri Terra Group was founded in December 2012 by Carsten and Michael Pfau. The motivation and basic idea was to place the activities of land trade and cattle breeding in Paraguay, which had been carried out separately since 1995, under the umbrella of a German company. Subsequently, investors in Germany, Austria and Switzerland were specifically approached with offers to invest in Paraguayan cattle breeding.

While the European financial press tended to reject the activities and offers of the young, still unknown Agri Terra KG, the company was very well received by investors. Between 2012 and 2016, the company was able to more than double the previous year's turnover in each year.

Following the re-regulation of the financial markets in Germany, the supply of cattle investments fell under the regulation of the supervisory authorities and the business model was discontinued for retail investors in Europe. However, Agri Terra still maintains cattle herds in Paraguay, and since 2014 has been one of the 1% largest cattle owners in Paraguay to date (out of approximately 142,000 companies). The possibility of investing in Paraguayan cattle is still very popular among institutional and qualified investors.

Since the beginning of the business model in 2012 and until now all investors of the Agri Terra Group without exception have made a profit with their cattle investment, not a single loss had to be reported. 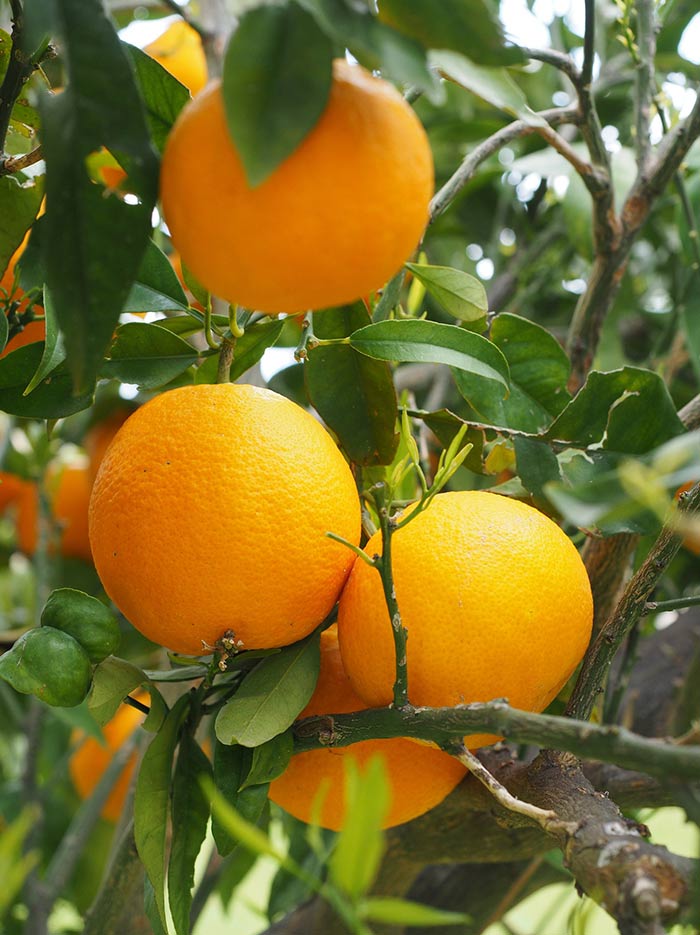 In 2015, the company began to analyze investment opportunities in the cultivation of oranges in Paraguay. After very extensive and intensive studies and discussions with experts in Paraguay and Brazil, the decision was made and the first land area for orange cultivation was acquired in La Colmena (about 120 km from Paraguay's capital Asunción).

By parcelling up the land, it was also made possible for external investors to participate in the orange plantations. The offer quickly became a bestseller on the German market, but at the same time markets in Austria, Switzerland, the USA, Canada and Central America were developed with great success. 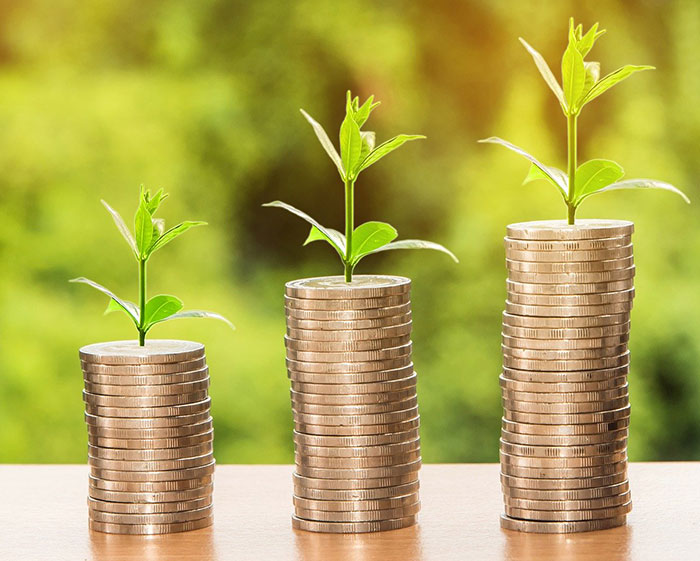 Investment opportunities in orange plantations also came under the regulation of the investment markets in Germany from 2017, and as a result the business model was closed to retail investors in Germany, Austria and Switzerland. Since then, only qualified investors and institutional investors from these countries can participate in the plantations. However, the new regulation did not stop the growth of the Agri Terra Group; on the contrary, sales increased worldwide.

Since a one-off investment in the cultivation of oranges is sufficient to generate income for thirty years, the offer on the market was jokingly referred to as an Orange Pension, a term that is persistent. Against the background of unflagging enquiries from the retail investor segment, the company has committed itself to a move into the fully regulated segment. Currently, the group of companies manages, operates and administers the third-largest orange cultivation areas in Paraguay. More than 250,000 trees were planted by Agri Terra between 2016 and 2019.

2017 - Greenhouses for
Fruit and vegetables 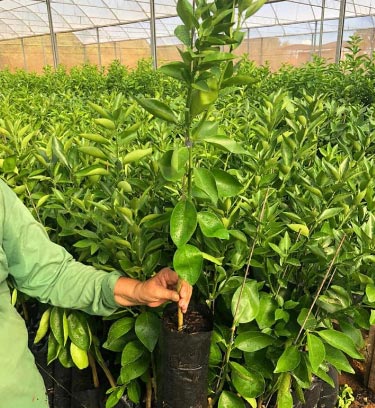 In order to make sensible use of open spaces on the Group's various orange plantations, the construction and operation of greenhouses for the cultivation of peppers and tomatoes was also started in 2017. In the subtropical country of Paraguay, it is advantageous for certain fruit and vegetable varieties to grow in a cooler, climate-controlled environment. In this way, maximum growth and highest quality is achieved.

Supported in particular by significant commitment from investors from the USA, Canada and Asia, a plant with 48 high-tech greenhouses, each with 2,500 m2 of planting space, was built between 2018 and 2020. This makes the Agri Terra Group the largest producer of red and yellow peppers and one of the largest producers of tomatoes in the country. Other fruit and vegetable varieties complete the portfolio.

From 2019, the company is also working on a significant investment in greenhouses for the cultivation of strawberries. In 52 units (each with 2,500 m2 of planting space), the company plans to produce over 2,000 tons of strawberries per year from 2021 (this would correspond to more than half of Paraguay's strawberry production in 2019). This commitment would make the Agri Terra Group the largest strawberry producer in the country and the region. 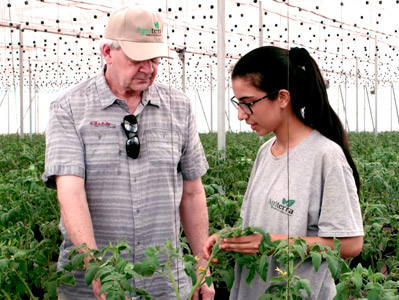 Invest in orange plantations or greenhouses?

Robert Helms of "The Real Estate Guys" explains what agriculture means in Paraguay and what special features are present in South America. You have questions? Please contact us!

One of the most spectacular projects of the Agri Terra Group is the EcoVita Country Club in Nueva Italia, about 35 km from Paraguay's capital Asunción. On the company's third large plantation, there is an approximately 75 hectare (750,000 m2) piece of forest, which the company wanted to preserve. In order to enable a use in harmony with nature and the environment, a concept for a country club in the middle of trees and situated at a lagoon was conceived. Interested parties can buy a building plot on the site, but only 30% of this plot can be built on. The central core of the complex is a club landscape, built around a lagoon of several hectares, which offers a variety of sports and leisure facilities, a gastronomic tour as well as a spa and clubhouse. In 2020, Agri Terra acquired an adjacent area of 17 hectares (170,000 m2) in order to expand the Country Club with the "EcoVita Trevi" area. The heart of EcoVita Trevi is a huge waterfall.

As late as 2019, the Granja Direct brand was developed under the umbrella of Agri Terra. The company operates organic supermarkets, gourmet markets and offers an option for "healthy fast food" in Asunción. Granja Direct's mission is to bring freshly harvested fruit to the table without detours. The company works with the most dedicated producers (especially with many small farmers), but also relies on its own production. In addition to fresh fruit and vegetables, the markets offer options such as "mix your own muesli" or "mix your own salad", and there are also smoothie and juice bars. 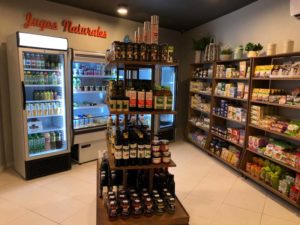 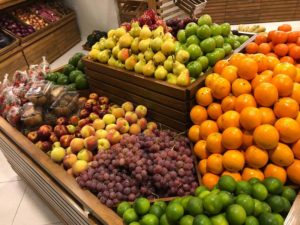 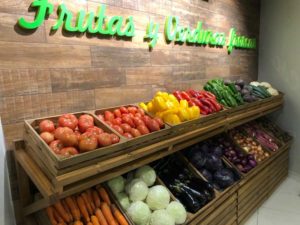 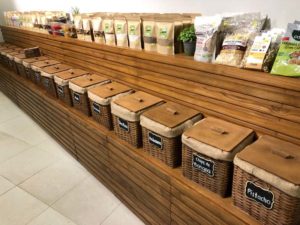 Other hotel and real estate projects are also planned for 2021.

The company has been run by the brothers Carsten and Michael Pfau since its foundation and until today, both are also the only partners. 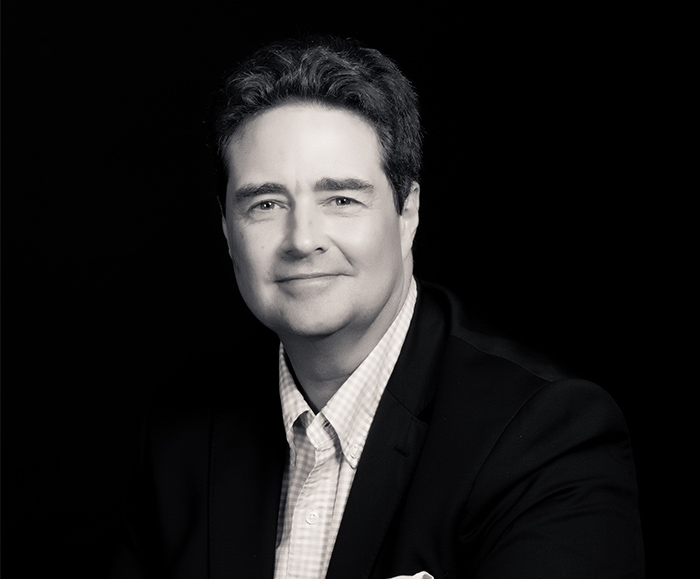 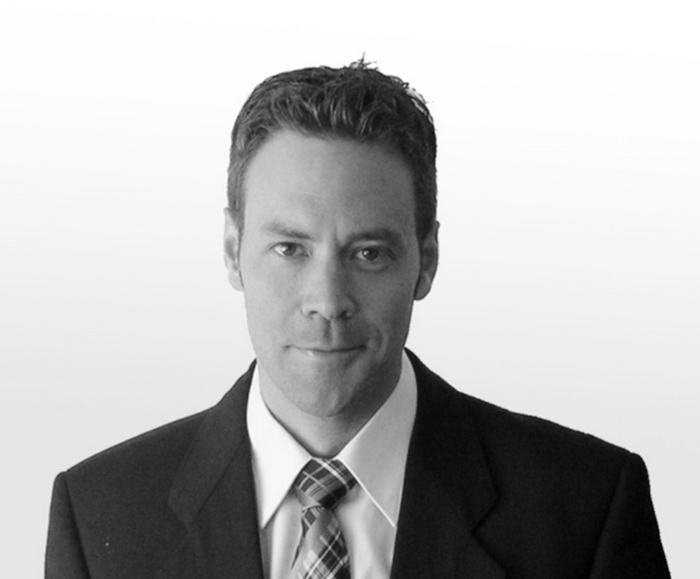 Experiences on site in Paraguay convince
In recent years, numerous customers, investors and partners of Agri Terra have taken the opportunity to visit Paraguay and see for themselves. Many visitors share their experiences on the Internet or social networks. Agri Terra's Facebook page allows you to follow the latest news and the latest status of the various projects.
Certificates and assessments 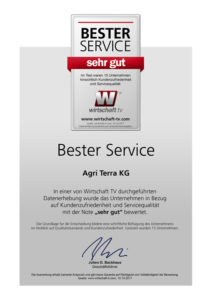 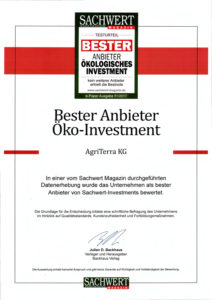 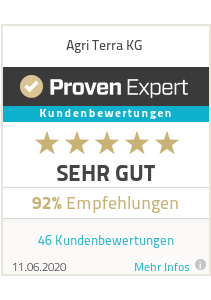 This site uses cookies to improve the user experience. With the further use you agree to this.